As climate and energy scientists concerned with global climate change, we are writing to urge you to advocate the development and deployment of safer nuclear energy systems. We appreciate your organization’s concern about global warming, and your advocacy of renewable energy. But continued opposition to nuclear power threatens humanity’s ability to avoid dangerous climate change.

We call on your organization to support the development and deployment of safer nuclear power systems as a practical means of addressing the climate change problem. Global demand for energy is growing rapidly and must continue to grow to provide the needs of developing economies. At the same time, the need to sharply reduce greenhouse gas emissions is becoming ever clearer. We can only increase energy supply while simultaneously reducing greenhouse gas emissions if new power plants turn away from using the atmosphere as a waste dump.

Renewables like wind and solar and biomass will certainly play roles in a future energy economy, but those energy sources cannot scale up fast enough to deliver cheap and reliable power at the scale the global economy requires. While it may be theoretically possible to stabilize the climate without nuclear power, in the real world there is no credible path to climate stabilization that does not include a substantial role for nuclear power

We understand that today's nuclear plants are far from perfect. Fortunately, passive safety systems and other advances can make new plants much safer. And modern nuclear technology can reduce proliferation risks and solve the waste disposal problem by burning current waste and using fuel more efficiently. Innovation and economies of scale can make new power plants even cheaper than existing plants. Regardless of these advantages, nuclear needs to be encouraged based on its societal benefits.

Quantitative analyses show that the risks associated with the expanded use of nuclear energy are orders of magnitude smaller than the risks associated with fossil fuels. No energy system is without downsides. We ask only that energy system decisions be based on facts, and not on emotions and biases that do not apply to 21st century nuclear technology.

While there will be no single technological silver bullet, the time has come for those who take the threat of global warming seriously to embrace the development and deployment of safer nuclear power systems as one among several technologies that will be essential to any credible effort to develop an energy system that does not rely on using the atmosphere as a waste dump.

With the planet warming and carbon dioxide emissions rising faster than ever, we cannot afford to turn away from any technology that has the potential to displace a large fraction of our carbon emissions. Much has changed since the 1970s. The time has come for a fresh approach to nuclear power in the 21st century.

We ask you and your organization to demonstrate its real concern about risks from climate damage by calling for the development and deployment of advanced nuclear energy. 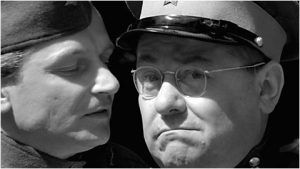 Bertrand Ricque was born in in 1960 and spent his childhood abroad. He developed a strong taste for international relations and cultural exchanges. After a BS in mechanics, he enters Ecole Spéciale Militaire de Saint-Cyr (French military academy). He completes an MS in general engineering, specialises in unmanned airborne systems and starts his career as commanding officer of a drone unit. He gets familiar with high technology systems, team organisation and initiative.

In 1990 he switches to industrial activities and is appointed Senior Project Manager within Elsag Bailey. He manages various projects in petrochemical, offshore, classic and nuclear energy industries. He then holds managing positions within different suppliers of automated production systems, such as Rockwell Automation, Euraltech and Vanderlande Industries. Within all these companies, he promotes good engineering practices based on efficient project management and automated systems availability. Since 2004, Bertrand Ricque is Defense Systems Program Manager within Safran Electronics & Defense where he led UAV and MBT programs.

He contributes to International Systems and Automation society SP84 committee and to International Electro technical Commission TC65 workgroup. He is the convenor of the workgroup writing the IEC 63187 standard concerning the safety of defence systems. He is trainer and consultant for safety critical instrumented systems and cybersecurity. He conducts IEC 61508/61511 audits for hazardous plants and gave automation project management lectures at École Nationale des Ponts et Chaussées.